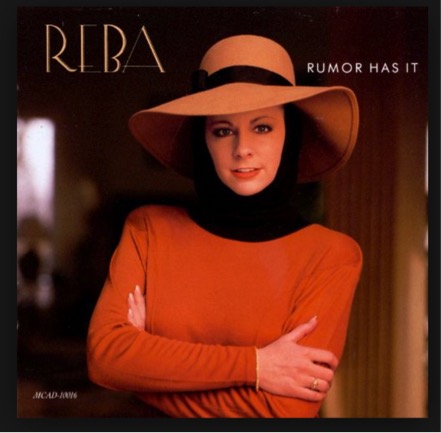 Reba. You may not think this is applicable to the Millennial forum, but give me a minute. I grew up in a rural town in the South, and I have fought the stereotype of a hillbilly from a young age. To be clear, 1990s country music falls squarely within the negative perception people from small town America have to fight on a daily basis, especially those of us from small Southern towns. Think about it- honky tonks, cheap beer and blue-collar shenanigans. I wanted nothing to do with it. 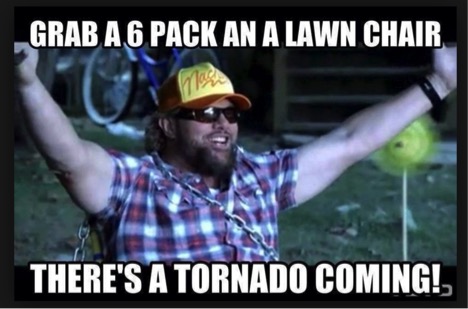 Recently, I heard a similar declaration from a friend who grew-up in Chicago but for very different reasons. His parents filled his childhood with country music, and in an act of self-discovery, he swore-off the genre. In our pronouncements, we found commonality. It began as a joke between friends, but then it took a weird turn.

…but with less aggression. Calling stage left for the musical goddess. Not the Tremors Reba.

Recently, I read a headline that announced Reba’s 40th anniversary as a member of the Grand Ole Opry, and together, my friend and I traveled down quite a rabbit hole. I could give you the play-by-play of how we started this journey, but it doesn’t matter. For hours, we dissected more than just Reba’s music. We intricately examined Reba’s 1990s music videos. Truthfully, they did not disappoint.

Here are our results as to what elements go into a Reba music video:

To quote my friend, “Girlfriend loves a head-based accessory, and she can rock them in any capacity.” I don’t disagree. The evidence is staggering. For example, in the theatrical production of “Does He Love You,” this ensemble is adorned (because Reba doesn’t fucking “wear a hat”): Let’s take a timeout here before moving on to the next point. This is Reba’s “I’m stalking you, because you are sleeping with my man” disguise. I’m happily married, but if Reba was stalking me in this get-up, girlfriend, I’ll step aside. Someone who STALKS in this ensemble gives zero fucks. She will mess you up real good. I’m not wrong. You should know that Reba murders her husband and Linda Davis in a premeditated boat explosion at the end of this music video. So, yeah. I’ll step aside and see myself to the door. I want no part of this Reba.

2a. Reba embraces dramatic plot lines that are highly unlikely to occur in real life.

In “The Heart Won’t Lie,” my girl is a Navy recruit who falls in love with a Marine drill sergeant (Vince Gill) during boot camp. Brilliant. That seems unlikely for many reasons, not the least of which is Vince Gill as a drill sergeant. You know who unlikely cares? Ms. McEntire. Why would the Marines and Navy do a crossover boot camp session? Who has time to hookup during boot camp? WHY would you fall for the person whose sole purpose on this earth is to make your life hell? He singled her out, for sure. I reviewed the evidence. To this country queen, these are all ridiculously irrelevant questions! 2b. What’s more is that the dramatic plot lines in NO WAY reflect the song itself.

When it comes to her video production, she doesn’t always care what the lyrics say. For example, the song “And Still” begins like this:

Thousands of people live in this town, and I had to run into him. When I saw him there on that busy street those feelings come back again.

Ok. So likely, this song is about running into your old flame in your small American town. A lot of people could identify with this.

How does the music video begin? Notice, this is TWO SECONDS into the video. It only gets better. I can’t contain how much I love it. My friend hypothesized that this is Reba’s creative process: Listen. We’re going to make a music video in Guatemala. I don’t care if none of the songs make sense for it. Make it work and get me a casual humanitarian hat for the opening scene. (We are really into the 1990s Reba headwear).

Spoiler: Reba and her flame are star-crossed humanitarian lovers who haven’t seen each other in years. Your only comment right now should be: of course they are. My favorite part is the orphaned children who watch with knowing smirks. Even they see where these across the room bedroom eyes are headed. Brilliant. But alas, they can never be together. It appears that he has moved on to another humanitarian. The boy has a type.

3. Reba’s behind the scenes commentary will make you fall even more in love with her process…if you have a friend who is willing to plunge into hours of Reba research with you.

Reba revealed that during the filming of the iconic video “Fancy,” the director asked her to hold an ice cube in her mouth. It was cold on location and the camera was picking up her breath in the shot. Reba declined, because she’s freaking Reba McEntire!!!! My friend, who would frankly write this post better than I could ever dream, hypothesized:

It was so cold in Louisiana, which seems unusual, but Reba arrived and she was having FEELINGS and the Earth responded

What’s the overall message here? What’s the point of this Reba rant? It is probably that you don’t have to fight the stereotypes that you believe others use as criteria as they judge you. You can like things that are affiliated with a life you don’t want and still be independent from that life. If others are going to judge you for who they think you are, you can’t sketch a rubric that will help you obtain the passing grade you desire. In your journey to discover who you are, don’t undervalue the traits that make you a unique individual. I am a Reba fan, dammit. I still hate the hillbilly stereotype, but Reba is a queen- especially 1990s Reba. My love for that sassy singer, songwriter, actress and record producer from Oklahoma doesn’t make me anything more or less than what I am.

The message could also be that Reba transcends all cultural definitions and categories and is a universal goddess. This post is absolutely meant to prove the latter.